Recently, I had beery evenings over three successive nights that took in three very different kinds of pub, almost a tour of London’s pub history in a way. It got me thinking about the internal layout of pubs and how this too has changed over time. I mean, mainly it got me thinking about how nice beer (and socialising with friends over beer) can be, but this isn’t a beer blog, so back to pub interiors. 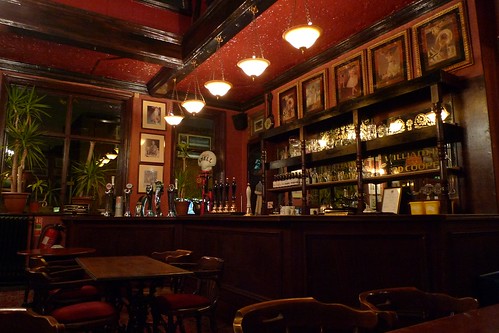 Figure 95. The bar in the back room at The King William the Fourth (Leyton E10).

The first evening was as part of a pub crawl organised by the Londonist website, focusing on ‘Ye Olde’ pubs, and it started at arguably1 the most venerable of all London city pubs, Ye Olde Cheshire Cheese (Holborn EC4). The brewer that owns and runs the establishment, Samuel Smith’s, is known for enhancing the historical appeal of its pub estate,2 but one gets the feeling that little work was needed on this site. It consists of a large number of rooms which, in the way of very old buildings, feel as if they’ve been been idiosyncratically fitted to the space available rather than the space being at the service of any kind of coherent plan (and which must be a nightmare for those trying to retrofit accessibility). There’s a single entrance at the side, so there’s no segregation at this point, although there are remaining indications that some of the more far-flung subterranean spaces were once reserved for men only. There are also a number of upstairs levels which will always have been intended for private functions and meetings (amongst other uses). After all, historically the public house hasn’t been a place just for conviviality and drinking, but for hosting meetings and gatherings, including at one time the day-to-day work of local dignitaries and officials — the public house being basically the original conference centre.

With a far larger, more wide-ranging and, dare I say it, more keenly priced beer selection than the Cheshire Cheese,3 one of East London’s finest pubs is The King William the Fourth in Leyton, home of the Brodie’s brewery, which hosts an annual Easter beer festival known as the Bunny Basher. I’ve only been going for two or three years yet it already feels like time-honoured tradition, but that’s the kind of atmosphere that the best pubs can inspire. This Victorian corner edifice dates from 1891, at a time when rebuilding pubs in ever more imposing and sumptuous forms was at its height. Like any of these pubs — and like the refurbished Sam Smith’s ones already mentioned — it would once have been split into at least two (but probably more) internal rooms with names like the Public Bar and Saloon Bar, perhaps a Ladies Bar, a Tap Room or a Jug & Bottle (for off-license beer sales). There’s still a sense of that division in the narrow passage between the front and rear spaces of the pub and their separate bar areas (though the rear bar is now unused, fig. 95).

However, as with most other pubs of the era, partitioning walls and doors have long since been removed in the modernising zeal of the mid- to late-20th century. Despite this, there’s still a sense of two different worlds coexisting, especially at the beer festival. Part of the front room is occupied by a stalwart of local drinkers, whose beers of choice are given a wide berth by the beer tourists in from the reaches of Hackney, Islington and beyond. A wall might once have divided these tribes, and in truth some pubs still retain the sense of an uneasy detente between them in the absence of such a wall, but here there’s no sense of ill will or distrust: everyone has their place in a good pub and all should be welcome to it. 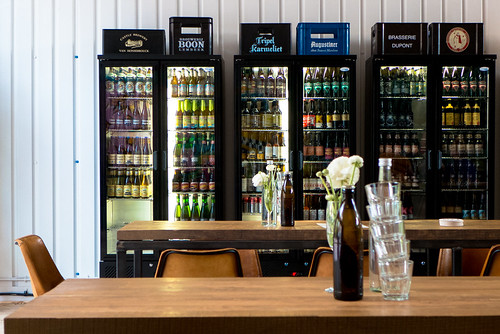 Figure 96. Looking across the trestle tables to the beer fridges inside Mother Kelly’s (Bethnal Green E2).

Striking a bold contrast is the newest — indeed, one of the most recent to open in London. Mother Kelly’s (Bethnal Green E2, fig. 96), which I went into on the Thursday before Easter and which had been open for just over a week by that point, is the latest example in the ongoing evolution of the drinking establishment, which some may feel more comfortable calling a bar than a pub, perhaps, though it serves a wide variety of primarily draught beers on its 23 taps. It’s also housed in a railway arch, which seems to be the kind of site increasingly being claimed by London’s brewing confraternity, though that may largely be because there’s little other accommodation in inner London that’s affordable.

Yet in some respects this is nothing new for London. It’s not the first pub to style itself a ‘tap room’, which as mentioned above is itself just an historical name for one of the rooms in the older, Victorian form of the public house (originally, one imagines the room where the beers were dispensed, but over time it lost that meaning). This new establishment has only ever had one room of course, because it’s a railway arch, but the affectation also links it to similar tap rooms attached to breweries in arches nearby, like the London Fields Brewery (Hackney E8) up the road or, in South London, Brew by Numbers (SE16) and Anspach & Hobday (SE1), just two of the brewers on the increasingly well-known ‘Bermondsey Beer Mile’.

If I like it, that’s largely because it appeals to some of my own predilections in beer, but at the same time I recognise it only serves one narrow (if increasingly larger) segment of the pub market, and not even one that I necessarily want to inhabit all the time. It seems as if the Victorian ideal of separating the different classes and categories of drinker is now being applied to the market as a whole, so where once there were rooms (one for the riff-raff and one for the gentlefolk, one for the men, another for the ladies), now there are entirely separate establishments. There were back then, too, though — there were beer houses and wine merchants and (more in the 18th century) gin shops nestling up against the public house. Modern Bethnal Green feels like a modern case in point: Mother Kelly’s is to the rear of a traditional locals’ boozer, The Dundee Arms, which is itself sat alongside a cocktail bar baiting its trendily-bearded target audience with the sobriquet Satan’s Whiskers.

So perhaps the lesson is that not all pubs are for all people, and that that’s fine. Perhaps even my impression of the harmonious union of drinkers at the King William the Fourth is a fiction too — I after all speak from a world of middle-class entitlement, and it may be the locals only thinly tolerate my presence the better for their local to stay open and (relatively) unchanged. There are certainly cases where such inroads have tilted decisively towards more exclusionary spaces.4 Indeed, there are plenty of pubs that more people than I have mourned the loss of, even as they are still open and trading. However, writing right now (and setting aside the troubling closure of some fine community pubs), the wide variety of drinking establishments in London seems exciting, so quite how it will develop will be of great interest.

[1] The question of what is the oldest pub in London (or indeed, in any given place) is one of those eternally-debated issues which, like other perennial favourites such as “does God exist?”, are ones to which there is effectively no possible answer, and the responses to which in any case aren’t really very meaningful. It’s objectively an old pub in an old building, so let’s leave it at that.

[2] By this I mean that they have a habit both of preserving historical pub interiors (which is to be commended), but also of recreating them where these interiors had been knocked through or modernised prior to their arrival.

[3] Those writing about Samuel Smith’s pubs often frame their discussion with respect to the brewer’s keen pricing, but this really just applies to the draught beer, and even here there have been significant increases in price over the last few years. If you are drinking their wine, spirits or bottled beer, you won’t really notice much difference with any other local pub. Whereas, at the time of writing, all pints at the King William IV of their own Brodie’s beers cost £2.50.

[4] I wanted to use the term “hipsterism” but I’m well aware this is a contentious word (Chris Hall has written well about it) and I don’t want to contribute to it becoming another class-based hate term like “chav”.